Poverty is an issue deemed unsolvable by some. It seems to be influenced by so many different factors that pinpointing one solution is nearly impossible. The federal government, and many state governments, have established various anti-poverty measures in order to tackle this problem. Programs such as Medicare, SNAP (Food Stamps), WIC (Special Supplemental Nutrition Program for Women, Infants, and Children) and unemployment benefits are some examples of anti-poverty programs. However, one of the most impactful programs is the Earned Income Tax Credit (EITC). Read on for Wonk Tank’s explanation of one of the most important, and least well-known, government antipoverty measures.

Enacted in 1975 by Republican Gerald Ford, the EITC – one of few government programs with bipartisan support – has been expanded various times by leaders from both parties, such as Ronald Reagan in 1986 and Barack Obama in 2009. Both Republicans and Democrats have supported the expansions of the EITC. The only disagreement has been whether the expansions should be financed via spending cuts or tax increases. More recently, possible presidential candidates Marco Rubio and Hillary Clinton have expressed their support for the expansion of the EITC.

In order to see why this program has received bipartisan support, we must first understand how it works. The Earned Income Tax Credit is a federal program that helps low to moderate income working families by providing them with a refundable tax credit. The reason this program has many supporters is because it actually rewards working families. The EITC award increases with a higher income and more children, until it plateaus and begins to drop. Unlike other programs, up to a certain point and depending on the amount of children and your marital status, the more money you earn, the higher your award will be, as can be seen in the graph below. In other words, this program subsidizes working families, while at the same time fighting poverty, thereby keeping both liberals and conservatives happy. 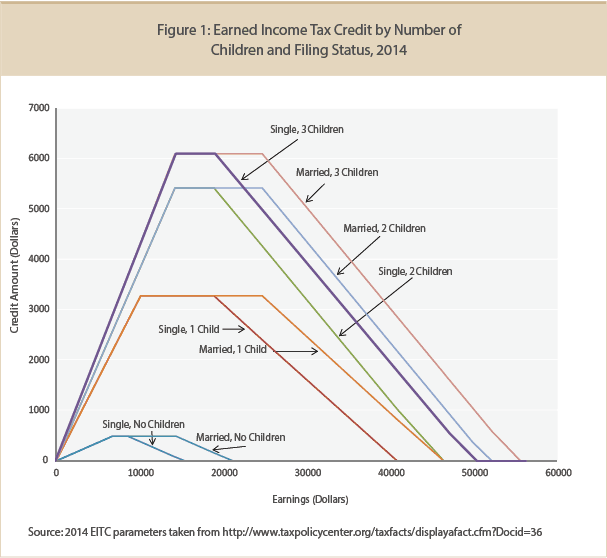 The fact of the matter is that the EITC is not perfect. Many people that are eligible for it fail to claim it and fraud rates are relatively high compared to other federal aid programs. These concerns are understandable and should be addressed, especially considering the EITC cost about $66 billion for tax year 2013.  However, we must also note that there is substantial research supporting its effectiveness as a poverty alleviation measure, while providing “unambiguously positive labor market participation incentives” (V. Joseph Hotz and John Karl Scholz 192). Moreover, according to the Center for the Study of Social Policy, “In 2012, about 27 million working individuals and families received the EITC, and more than 6.5 million people were lifted out of poverty because of the federal program, including 3.3 million children.” There is even more research stating that the EITC and the CTC (Child Tax Credit) have a marked effect on virtually every stage of a family’s life. 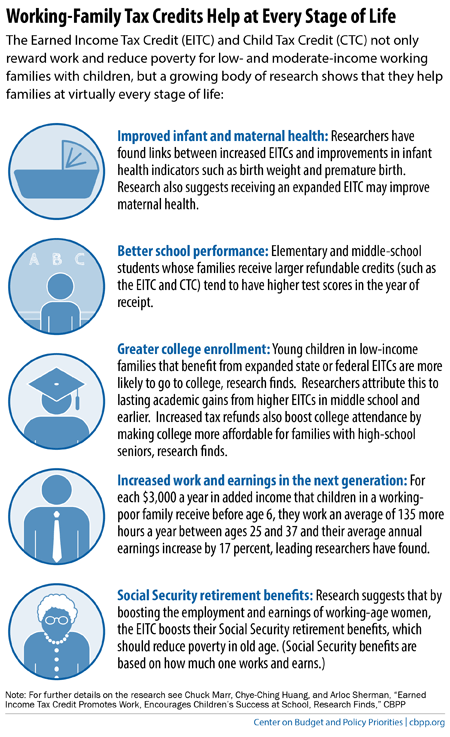 One of the main criticism regarding the EITC has been the low amount given to childless adult workers, mainly young workers and noncustodial parents. This is such an important issue that top Republican Paul Ryan and President Barack Obama agree that it should be addressed – the framework for their agreement is shown by the graph below. They have proposed very similar improvements, yet differ on how to finance the reforms. 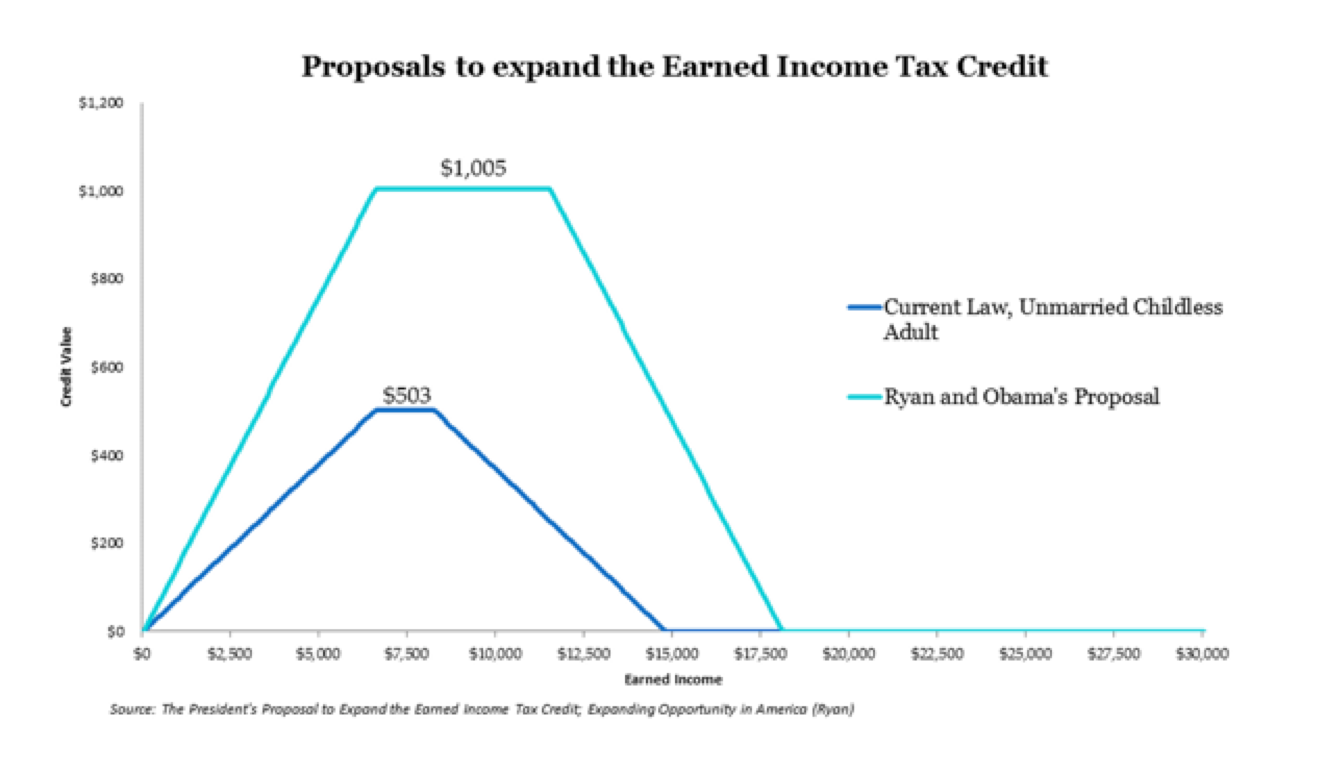 It is clear based on history and research, that the EITC has been a very successful program that has helped millions of people get out of poverty. While some people argue for an increase of the minimum wage, we must not forget the great impact that the EITC has had, without negatively affecting the labor force. Thus, we must ask ourselves whether or not improving this program, including access to it, is a more responsible option than increasing the minimum wage – or if the two are mutually exclusive to begin with.